Chairman of the Christian Gospel Mission

From when I was a child, I took everything in the Bible to be literal.

There was a time when Jung Myung Seok went up the mountains next to his home to look for footprints. Since the Bible said Jesus was going to come riding on a cloud, he would stare at the sky from time to time. Whenever a cloud would pass by the mountain peak, he would go to check.

On one occasion during winter, he actually discovered footprints in the snow. He thought it was Jesus, so he ran down the mountain. From afar, he spotted a man walking along the road. When he reached the man, he found out that it was just a person from a neighboring village.

He was a simpleton, but he believed in the Bible earnestly. Since the Bible said a person with faith as small as a mustard seed could move mountains, he prayed to move the mountains surrounding his home. Of course, the mountains didn’t move.

Still, the Bible was a curious thing to Jung Myung Seok. So he kept praying, trying to resolve his curiosities, what’s the purpose of living. In order to receive answers to his questions, he did what any farm boy would do during his spare time, he prayed. Years passed, and he came to know God more. The more he knew, the more he loved God.

But that didn’t mean he didn’t face any difficulties. He lived in a desolate valley, trying to live off of his parent’s meager earnings. His mother would try to sell the vegetables they grew, sometimes needing to beg. 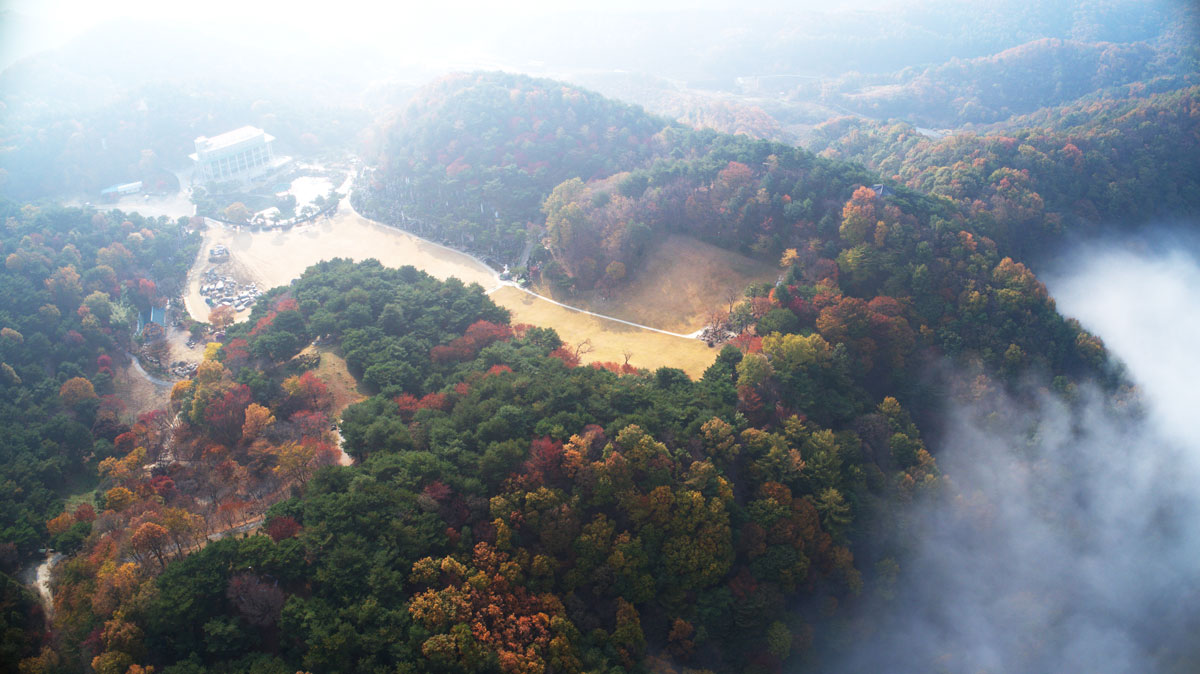 God is not the one with enemies. Humans are.

When he was conscripted to the military and fought in the Vietnam War for three years, he never made concessions to his life of faith. Instead of shooting at the enemy, he always fired warning shots into the air to scare them away. When they didn’t run, he captured them instead of killing them. His commander and crew thought he was crazy.

There was even a time when he was scouting up a hill when he noticed someone behind a tree pointing a gun at him. At that moment, he felt like if he didn’t try shooting him first, the soldier would kill him. But just before he was about to raise his gun, God’s voice boomed in his head, “Go and love him.”

From this, he realized that God is not the one with enemies. Humans are. Even though we may label a certain person a friend or foe, each person is a life the Trinity loves.

Whenever a life died on the battlefield, Jung Myung Seok felt the Trinity’s tears flow down his cheeks. In order to unite humanity and bring peace to the world, he realized that people cannot win peace with war. It has to be through love.

Jung Myung Seok’s sole purpose in life now is to be the one who the Lord can work through to express how much He loves us. No matter what kind of adversities he faces or what kind of people may try to criticize him, he only lives to bring people closer to God.

When we live our lives in a heavenly way, we can enjoy our life together with the Heavens.

We hope that you too will live your life every day with the Lord. Just as the fate of your life changes depending on the actions you decide to take, the eternal fate of your spirit changes as well. If you make efforts to put God in your life now, your spirit will live with God forever in Heaven.

Let’s change the world starting with ourselves.