Be Careful on Your Own

“Truly I tell you, this generation will certainly not pass away until all these things have happened. Heaven and earth will pass away, but my words will never pass away.

“Be careful, or your hearts will be weighed down with carousing, drunkenness and the anxieties of life, and that day will close on you suddenly like a trap. For it will come on all those who live on the face of the whole earth. Be always on the watch, and pray that you may be able to escape all that is about to happen, and that you may be able to stand before the Son of Man.”

The Lord’s Word is surely fulfilled

Jesus said, “Even if the heavens and the earth disappear, my Word will never disappear.” According to that Word, even though the heavens, the earth, and all creation that existed in that time period changed over time, Jesus’ Word remained and was fulfilled.

In Luke 21:5-9, Jesus preached about what would happen to the Israelites in the future. Jesus said, “The time will come when not one stone will be left on another; every one of them will be thrown down. […] There will be signs before that. Many will come in my name, claiming, ‘I am he,’ and, ‘The time is near.’  Be careful not to be tempted by them.” In the end, it happened just as he had said: the Temple in Jerusalem crumbled in 70 A.D.—37 years after Jesus’ death—and not a single stone was left on another because of the war between the Jews and the Romans.

In this time period, too, the Word that the Trinity and the Lord spoke continues to be fulfilled even though the heavens, the earth, and the environment have all changed. The prophecies in the Bible about signs of judgement and the Word about earthquakes, storms, war, and infectious diseases have all been fulfilled.

Be careful and endure

In Luke 21:12-19, Jesus prophesied about the time when he would bear the cross. He said, “Your parents, brothers and sisters, relatives, and even your friends will turn against you amid tribulation, and you will be hated by everyone. Be careful on your own and endure until the end. The Holy Spirit will give you wisdom, so don’t worry and don’t be afraid.” Those who listened and took action on Jesus’ Word by being careful overcame hardships, while those who did things according to their own opinions were separated out during the times of tribulation.

Through David, God said that He sees everyone even if they hide from Him on the top of a mountain or under the sea. God sees everything and He acts according to the Word that He has proclaimed. For those who persecute and treat the righteous unjustly, even if they forsake God’s history and try to hide somewhere, God repays them in various ways according to their deeds and does not allow their wishes to be fulfilled.

Be careful on your own in your daily life

To be careful on your own means to do all your responsibilities and to be careful in various ways throughout the course of your life. For example:

You should wear the Word of life that the Almighty God spoke through the Lord around your neck, so that wherever you go, it never leaves your thoughts. You must treat the Word as life and act on it; only then will you avoid tribulations and harm both in the present and in the future, and you will not succumb to the death trap of sin like an animal that gets caught in a trap and dies.

Be careful of infectious diseases

The Word telling us to be careful on our own also applies to the novel coronavirus that is infecting people around the world at this time. You must be careful on your own so that you do not contract the coronavirus. The incubation stage of a virus is the time to be really careful, rather than waiting until it has already spread! Wash your hands frequently, and even if it feels uncomfortable, wear a mask and take care of yourself. Don’t be overly conscious or get caught up in fear and terror but be careful on your own, avoid people you need to avoid, and wisely take action in your faith.

Forgiving Your Sins Is Permitting You to Go to Heaven. God Sees the Heart and Actions. He Sees the Spirit. 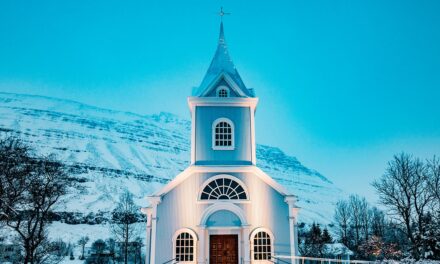 Live Renewing Your Heart and Life

Establish Goals And Take Action While Challenging Yourself