Egypt Enslaves the Israelites for 400 years

There was a time when the Egyptians enslaved the Israelites for 400 years. Because the Israelites did something wrong against God, they had to go to Egypt and live as servants.

Their punishment began with a guy named Jacob. He was a faithful believer of God and had twelve sons. But among his twelve sons, Jacob favored Joseph. Because of that, Joseph’s other brothers disliked him. So they sold him to Egypt for 20 pieces of silver.

Already from this, there’s a lesson to be learned. You can see how people don’t really change much over the course of time. Whether in the past or now, people generally envy those who do better than them.

So Joseph’s brothers sold him to Egypt as a slave. But even in that situation, Joseph was faithful to God and ended up succeeding in Egypt. There’s a lot to be said about Joseph but I just wanted you to have a sense of the events leading to the Israelites enslavement. Ultimately, Joseph was so successful that he became a Vizier of Egypt, the equivalent of being the prime minister of Egypt.

After he became prime minister, he called his brothers who sold him to Egypt. And he allowed them to live with him. His descendants, at first, were treated really well because Joseph was the Vizier. But after Joseph died, the Egyptians feared the Israelites as they prospered more. Their solution was to enslave all the Israelites. So for 400 years, the Israelites served as servants.

After that, God sent them a leader called Moses to bring to through the Red Sea. God was taking people back to the land of Canaan. This movement was called the exodus.

The Israelites Complain to Moses

But as Moses was leading the Israelites back to Canaan, they complained that it was too difficult.

11 They said to Moses, “Was it because there were no graves in Egypt that you brought us to the desert to die? What have you done to us by bringing us out of Egypt? 12 Didn’t we say to you in Egypt, ‘Leave us alone; let us serve the Egyptians’? It would have been better for us to serve the Egyptians than to die in the desert!” ~ Exodus 14:11-12 (NIV)

The Israelites complained and grumbled each time they faced a difficulty while going to Canaan. Even after they reached the land of Canaan, they complained because it wasn’t like what they expected. They had to fight with the Amalekites and other tribes that had taken over their land.

All those difficulties made them negative, and they ended up grumbling and complaining. As a result, God told them, “If you keep doing this, I’m not going to give you the land of Canaan. You should be more positive.”

But people still resented God. Among the twelve spies that went to check out the land of Canaan, only two sent back good news. Joshua and Caleb were the only ones that admitted, “This is really land filled with milk and honey!” The rest of the spies were negative, which had a negative impact on the rest of the Israelites.

God works through the ones that trust him

God only gave Joshua and Caleb the permission to enter the land of Canaan. The people who were negative could not enter. It was the people in their 20’s that said, “Let’s go into the land of Canaan and finish what our parents started when they left Egypt.”

But the parents were reluctant. As a result, Joshua and Caleb entered the land of Canaan with the second, younger generation.

The reason the Israelites were wandering the desert was their unfaithfulness. Since the first generation was negative, God told them this:

Your children will be shepherds here for forty years, suffering for your unfaithfulness, until the last of your bodies lies in the wilderness. ~ Numbers 14:33 (NIV)

So these younger people were the ones that were born in the desert and raised until the punishment period was over. It was the people in their 20’s that went with Joshua and Caleb into the land of Canaan.

How many days did it take them to enter the land of Canaan?

It only took three days. It was because they were not negative.

If you are not negative, then you can finish things right away. So in everything you do, look at it in a positive light. Instead of thinking someone is bad, think about how you could guide that person to the path of life.

Many times, when something doesn’t seem like it’ll work out, people give up even before trying. Maybe conceptually in your head, it won’t work, but in reality, it will. There are many instances like that.

On the other hand, sometimes things are possible in theory but don’t work out in reality. When that happens, pray to God.

The Israelites were finally able to enter the land of Canaan because the will of God was with them.

Reclaiming the land of Canaan

Imagined if Joshua said, “Hey, you know, here’s the deed to the land. Could you give us our land back?” How do you think the tribes living in the land of Canaan would respond?

“What are you talking about? We’ve been living here for 400 years. This is our country.”

But in God’s eyes, because the Israelites’ punishment period was over, he wanted to give them their land back. But since the people living in the land of Canaan didn’t understand, God had to use the Israelites to reclaim it.

Actually, the Israelites didn’t even know the land was theirs. They simply heard stories that were passed on that said they once lived in a place called Canaan. If God didn’t teach them how to get back, they would have never returned.

In this way, God controls everything in the world in a very meticulous way.

The Israelites win against Jericho City without weapons

Since the primitives living in the land of Canaan didn’t want to give up their land, they had to fight. So when the Israelites attacked for the first time, they simply went and shouted, “Give us the land. Give us the land. Get out!”

At that time, the Israelites didn’t have any weapons.

So God told them, “Hey, don’t try to fight against the city. Just tell them to leave the city many, many times. And tell them, ‘We are the army of God. If you don’t listen to us, we’ll let you taste our fists!’”

2 Then the Lord said to Joshua, “See, I have delivered Jericho into your hands, along with its king and its fighting men. 3 March around the city once with all the armed men. Do this for six days. 4 Have seven priests carry trumpets of rams’ horns in front of the ark. On the seventh day, march around the city seven times, with the priests blowing the trumpets. 5 When you hear them sound a long blast on the trumpets, have the whole army give a loud shout; then the wall of the city will collapse and the army will go up, everyone straight in.” ~ Joshua 6:2-5 (NIV)

God guided the Israelites through Joshua, who was the chief of the Israelites. If you look at it plainly, it was an 80 year-old leading a group of people in their 20’s. But that’s how God made history.

Joshua was a brave and positive man who supported Moses.

Jericho was the most fortified city among all the tribes in the land of Canaan. It was a ferocious city. And the Israelites didn’t have any weapons they could fight with. But the Canaanites there had spears and all sorts of weapons. So they said, “Let’s see what these Israelites will do. Let’s just watch.”

And then on the seventh day, the Israelites shouted together and ran into the city. “Since you guys aren’t willing to return our land, get a load of this!”

The mass of Israelites went after the city with bare hands and the city gave in. They said, “Please, have mercy on us!”

The city crumbled because of God

Since the Canaanites would cause trouble if they lived, the Israelites god rid of them. They said, “Let’s get rid of them.”

This trend continued until the Israelites dominated the land of Canaan. But they had to fight throughout because the Canaanites did not give up easily. The 31 tribes spread throughout Canaan were strong.

Among them, there was a tribe that had formed a coalition. The land of Canaan wasn’t even that big, one-eighth the size of Korea. But within that small piece of land, there were 31 tribes. The smallest tribes probably consisted of about 5,000 to 10,000 people while the largest 20,000 to 30,000.

When these tribes heard what the Israelites were doing, they went crazy.

The Israelites lose a battle

But at one point in time, the Israelites did lose a battle. Joshua wasn’t a part of that battle, but he had sent 1500 soldiers that all died. So Joshua wondered about what happened. He prayed to God, and God said, “One of you have taken the spoils of war for themselves. They’ve become greedy and hidden some gold and clothes. That’s not right. I want you to realize that and find out who did it. If you don’t follow my commands, you won’t prosper.”

When Joshua heard God, he was so upset. So he called his people and said, “Hey, who did it? Tell me the truth. Who did it? How can we lose? If we lose, it’s over for us. But we never lose. There is someone among us who has become greedy. Hurry up and confess. If you don’t, I will kill you myself. So confess.”

But nobody came forward.

So Joshua searched through every tribe of Israel. He went from one tribe to the next until he found that greedy man. His name was Akan.

After one of the battles, he felt it was a waste to burn up all the spoils. So he took some for himself and hid it.

Joshua said, “Why did you hide it?”

Akan said, “They were such valuable items. Why do we have to throw them away?”

“You have disobeyed God’s law. You were told not to be greedy. While you are fighting in a battle, you cannot be greedy. It’s okay after the battle is done but not during the battle.”

You shouldn’t be greedy

Because of one person’s greed, a whole battle can be lost. That’s a huge blow.

During the time we need to be battling with all of our hearts, if a soldier is looking at their lover or trying to loot things, the enemies will come and kill them.

Because of Akan, Israel went through a bitter experience. But from that moment on, they came back to their senses and conquered the rest of Canaan.

Read more about how Joshua led the Israelites to defeat the five Amorite kings that banded together to face them. 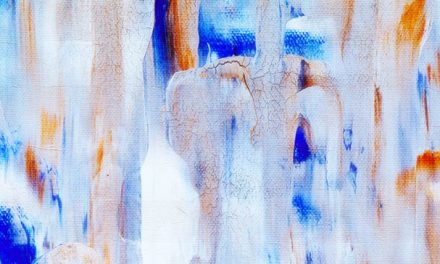 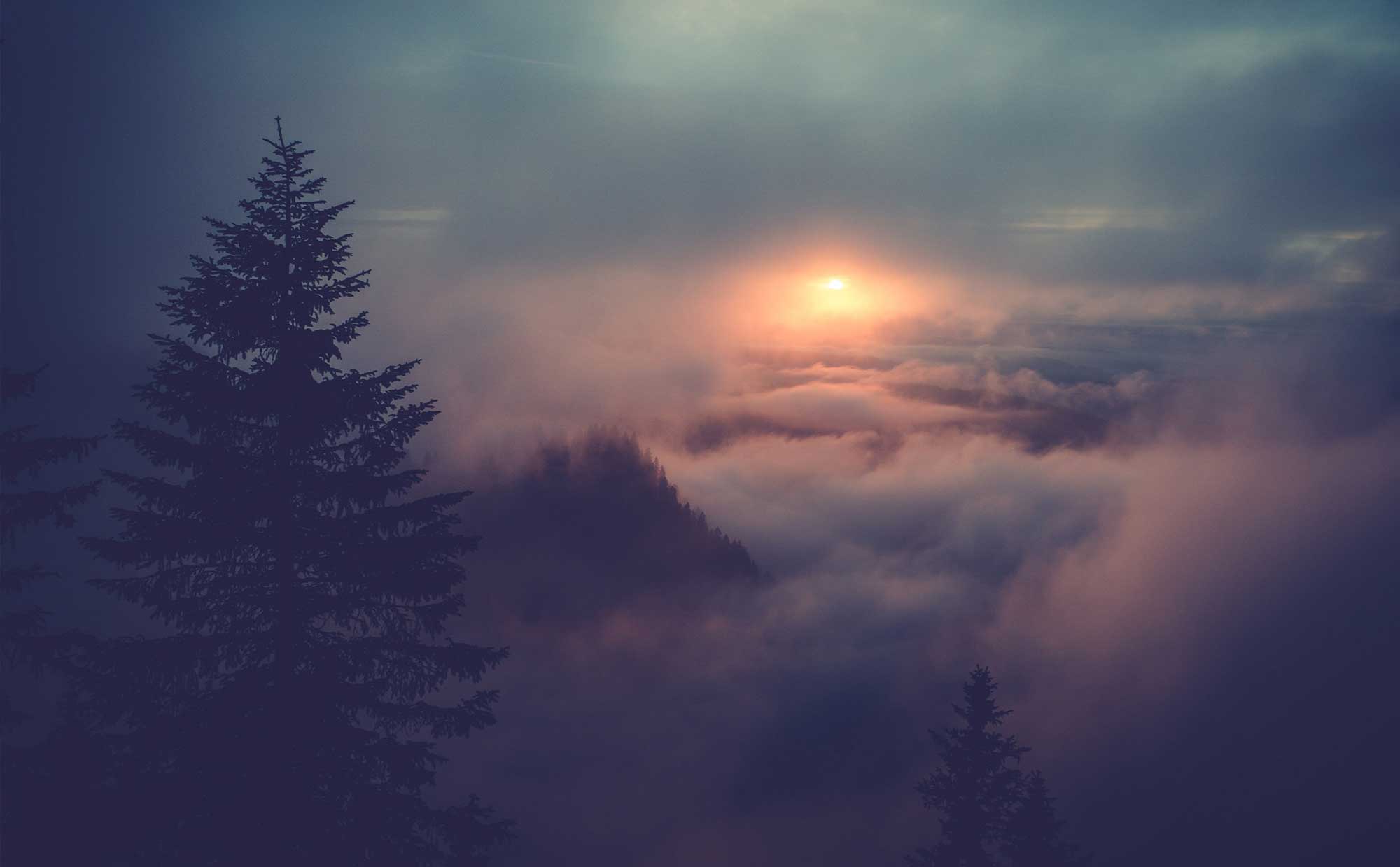 The Lord Receives Glory After Tribulation

Without Love, the Purpose Cannot Be fulfilled